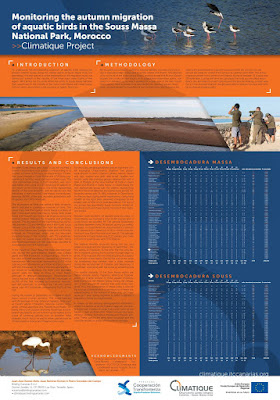 To understand the post-breeding migration of aquatic birds utilizing the western Atlantic flyway along the coastal region of Souss Massa Draa, the phenology of these species and the importance of this migration route, we carried out surveys in the mouths of the three main rivers basins of the region. We carried out the study within the limits of Souss Massa National Park, specifically in the mouths of the rivers Oued Massa and Oued Souss, both of which are located in the province of Agadir, Morocco.

Methodology
We focused our surveys in coastal or riverine habitats, normally during low tide to take advantage of exposed beaches, islands and shores. This allowed us to count all of the birds using a 20x60 spotting scope and 8x and 10x binoculars. We conducted our counts from established observation points, normally from elevated spots, which allowed for a clear view of the river mouth. Observations were recorded onto data sheets. All observed aquatic birds were counted except for members of the Laridae family and Bubulcus ibis.
During the post-breeding migration period of 2013 we carried out one census per week for a total of 14 surveys, as weather permitted. The active migration period in this zone of the Atlantic flyway is between 15 August and 15 November. During that time we calculated the total accumulated abundance, the abundance of each species and the species diversity of each area. For a more accurate analysis, we grouped distinct species into sets with similar ecological characteristics. 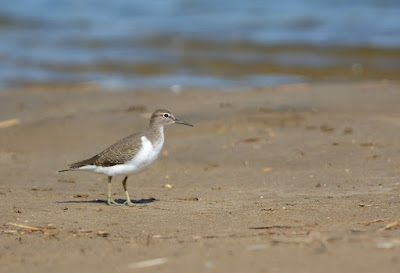 During the middle of September an increase in abundance occurs in both locations. This could coincide with the passage of long distance migratory birds such as Calidris alpina, Charadrius hiaticula, Calidris ferruginea, Limosa lapponica and Platalea leucorhodia. Towards the end of October and early November another peak in abundance occurs which may be related to the arrival of wintering species such as anatidae, Anas clypeata, and A. Acuta, as well as other species such as Phoenicopterus roseus and Phalacrocorax carbo.
For this study, we grouped those species that share similar ecological characteristics together. Five groups were present in both locations (divers, herons, ducks and rails, waders and gulls and terns). Waders and herons were the principal groups represented with a total of 85.69% of the total number of birds in Oued Massa and 87,94% in Oued Souss. In Oued Massa the best represented group was the waders, representing 60,2% of the birds detected during the study period, followed by herons with 25, 49%. However, in Oued Souss the herons were slightly better represented, comprising 45,48% of the total birds observed compared to the waders with 42.45% of the total abundance. The rest of the groups had quantifiably fewer numbers, except for the ducks in Oued Massa during the end of the migratory period. 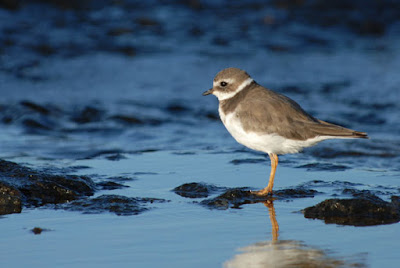 The highest diversity occurred during the last two weeks in August and the beginning of September - the first weeks of migration. At this time the first long distance migrants coming from northern Europe begin to arrive. They may join the non-breeding birds that spend the summer in the region. During the rest of the study the biodiversity was variable, with a slight increase during the second half of October and beginning of November, coinciding with the arrival of wintering birds. 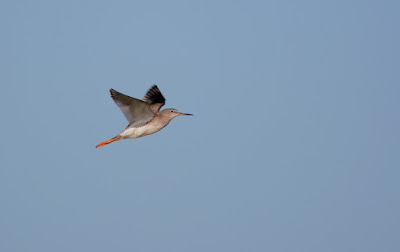 The coastal wetlands of the Sous Massa region are highly valuable during migration, serving as stopover points for a large portion of those aquatic migratory birds that follow the Atlantic flyway. During the census, we located around 60 species that used these wetlands, thus the conservation of these areas is vital for the survival of these birds. It is necessary to increase our understanding of the number of birds that use these areas each year during migration to better understand population trends on a global scale.
A review of the existing bibliographical information shows the decline of some migratory species, principally those from northern Europe that winter north of the Sahara – their southern limit. These include Grus grus, Vanellus vanellus, Numenius arquata and Pluvialis apricaria. These species are rarely seen nowadays and this could be related to global environmental changes.